I read a wonderful article in firstpost today

Great brands do not belong to companies and consumers. They belong to society. They are the tears of the troubled. They are the smiles of the satisfied. They show the broken. And the mended. For that really is what life is all about. They are meticulously planted fillings in the cavities of every culture. And they have a duty to perform. They must be the bugles that announce the change.

It just reminded me of how in the 80s people revolted when Doordarshan changed Chitrahar changed its format people made hue and cry. Similarly trains used to to stop during the airing time of Ramayana. In the USA, when Coke managers tried to change the flavor of its beverage, the entire Atlanta was on the streets protesting.
Even today, Facebook, Google & Apple actually try to gauge the customer reaction(backlash) before changing their strategy. They even claim that sometimes it takes precedence over the business benefits.  Walt Disney has actual PR Managers for some of their leading cartoon characters to manage how kids & fans react to their decisions. The list is endless…
However I am wondering which Indian brand has a widespread connect with its customer’s emotions? Do we really have an iconic brand which the masses relate to? (of course I am not talking about Cricket or Bollywood)

These days I am addicted a simple yet quite engaging puzzle game “Blocked In Free“. The free version has about 600 levels (which means that I am more likely to graduate to a second release of the game before I complete all the levels. 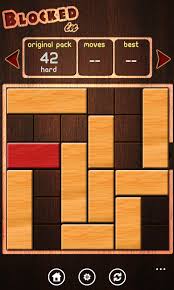 How it works:
Much like Suduko, it is based on simple steps but made complicated by the number of variations.
All blocks can move horizontally only and by simple movement, we have traverse the maroon colored block out of the space. No wonder I finished 46 levels in 30 hours.

In the 18th Century, it was said: “The sun never set in the British empire because its enemies were blinded by the glitter of the medals its soldiers wore”
I am sure there must be other reasons to the British success at that time, but this quote highlights the fact that rewards and recognitions has a huge bearing on the success of an organization. Most people excel only when they work for pride, honor & prestige (not salary). Medals, titles, honors and other non-monetary recognition are a wonderful way to give this much required morale boost.
However for these awards & certificates to have any meaning/impact, they have to be executed in a professional manner. Which surprisingly is not difficult:
1. If you promote yesman, you will end up with an organization of sycophants. i.e. you need to clearly identify the traits you want to promote
2. Selection process should be just. The candidates should be pillars of the trait. Remember an award is known not by its fancy name, but the legacy of the people who have received it.
3. Clear communication describing their achievement & impact to the organization needs to be send across so that it motivates the ranks
4. Public recognition: Standing in front of an audience clapping for you is a reward in itself.
These days a lot of companies are issuing a plethora recognition certificates, because this is what the HR managers have been taught in their MBA schools. The volume of these certificates is so much for a large organization that the signature is printed (rather than be penned down manually). It makes me wonder if they are actually worth more than the paper they are printed on?

Rarely I have felt wowed, and getting this feeling twice is even rarer, but looks like BigBasket.com has broken the record.
Indian retail is rarely known for its customer friendliness or humane policies. In fact some time ago I had written about how the most successful Indian brands thrive & take pride of the agony they cause to their customers. For such a tortured soul, bigbasket is a wonderful change. Cash on delivery & no questions asked refunds are common in e-commerce stores in India (although rare in traditional retail), but this website takes it to a all new experience by:
1. WYSIWYG (What you see is what you get) policy: They refund 150% of the order value if they are unable to fulfill the order and meet the customer expectation.
1. Cash on delivery: So that I pay for only what I can see, touch & feel (important for perishable fruits & vegetables). I am attaching the apology mail that they send to me which shows the level of dedication & commitment this firm has.

2. Sanctity of delivery time: Something unheard of in India, this website actually refunded me 10% of the order value for being 55 minutes later than the time that I had asked them to deliver on. They really have taken the same day delivery to the next level

The SLA set by them are so stringent that I doubt any other company will be able to match them. I guess their model of operation is simple, pamper the customer so much that they become loyal customer and a staunch supporter of their brand. I was introduced to this website by a loyal customer and over the past couple of months I have recommended this website to 4-5 additional customers. I guess their decision to divert marketing budget into improving the operations and quality are paying rich dividends. A picture is often worth a 1000 words. In spite of living in the same city, the gang of 5-6 fast friends have not met for over an year and today morning I got a wonderful invitation for a tea party today and enclosed were these 2 pictures.
Needless to say the whole ganged freed up their schedule and agreed to meet this weekend itself. Why do HBO series have so much nudity & violence? Exposed breast, mooning, full frontal nudity is a norm. I wonder if there is any episode of Spartacus or Game of throne devoid of them.  The bloodshed & gory scenes of maiming, beheading, corporal punishment is quite unsettling.
Spartacus depicts the promiscuity of the Roman culture. Gladiators & gore cannot be separated. Hence I can understand their story-line.
However Game of thrones is a fictional book (far away from the original story if anybody cares to read.) Why has all the women depicted need to be a whore or use sexuality as a tool to serve their political purpose. What kind of culture & story are they trying to depict. What is the message are they trying to send. Are we so primitive that primal urges of blood and carnal pleasures are the only things that we seek? Isn’t there more to civilization than whores, wines & massacre?

I came across this interesting article stating that on June 16th, German electricity market paid (not charged) its user €100 per MW to consume electricity.
My immediate reaction: Bangalore, the home of Electronic City, has regular power cuts because there are not enough electrons to meet the demand. While people in Europe has surplus electricity that the grid has become unstable and they want everybody to consume electricity, stop pumping more power and help it become stable. Irony!!!!
However on further read, I realized how messy & disruptive clean energy can be for the existing power distribution eco-system.

Today the renewable clean constitutes a minor share but going forward more wind mills & solar panels will be erected. If these issues are not taken care of then the grids will grow unstable & power prices erratic.

This is the journey of my email-id name:
Back in 1998, at high school, one yahoo account was enough. I think it lapsed because i did not check my mail often enough.
Then in 2000, I realized that I needed 1 IIT-Kharagpur provided email id and 1 Aerospace Engineering (IIT-Kgp) provided email-id was essential. (Still wondering why aerospace department needs to have its own mail server)
2001: I realize that college mail ids reveals my online identity. Hence I created 1 rediffmail id & 1 hotmail account (Yes I am amongst the few living individuals of the 20th century who did not have hotmail/Aol as their first email account)
2003: I realized that college mail ids expire after graduation. Also having ‘cool’ and other attributes in the id name was unprofessional. Hence again created a yahoo account. Converted my yahoo account as my primary id for all correspondence and rediff account for all spam.
2004: Having a gmail account invite was a matter of prestige. I think gmail mail ids were sold at as high as $50 and I got 3 mail ids (without paying a penny). Today I think that was the perfect marketing strategy. It made me drop all other mail ids and proudly flash my multiple gmail ids (Wow! I was really geeky back then)
I also got a company email account. But this time I took learning from my college mail ids and never used it for personal correspondence.
2006: I closed most accounts and was left with 3:
1 account for private conversations only (friends & family)
2. For sign-up and giving to random acquaintances (spam filter and mailbox limits were a big issue even then)
3. office email id (for business conversations only)
2008: like the gmail rush, I rushed and created a mail id on enagar using Google Apps (What I discovered recently that free google apps service is discontinued) ankur@enagar.com is still my primary email address.
Today many applications (eg: Facebook, linkedin etc.) have created mail ids for me which are active. But I have configured forwarding in them to one of the 3 mail ids.
I had multiple email-addresses because of size issues and the fact that email technology was not mature at that time. However I still wonder why people have multiple email ids or online personality. 1 person = 1 physical identity = 1 online identity.

Over the past 2 years several crappy e-commerce websites have opened up and unfortunately most of them don’t have an iota of customer service orientation. Tukknu.com is one of them.
1. Almost all the junk in their product catalog is Chinese seconds that nobody in the physical world will buy
2. I ordered 2 simple products on 28th of September and I am yet to receive any email from the website confirming order/invoice/payment receipt etc. Any simple acknowledgement would have sufficed
3. on 4th of October they said they dispatched the goods, but they did not publish the tracking no. or send me an sms (what good is this information)
4. As usual nobody picks up the phone or answers to any email that you send to follow up.
5. on 8th of October they publish firstflight courier tracking no (4 days). Which to no-one’s surprise is all messed up. It has been delivered to some SANTHU (who I have never heard of). Naturally their courier company is as customer friendly as the company itself and is failing to give me proper information.
I am just wondering “WHY DO I ORDER STUFF FROM ALL THESE NEW E-COMMERCE WEBSITES AND TEST THEIR SERVICES?”