All our life we sacrifice everything, (our health, family, hobbies, relationship) just to get an edge at work and earn extra bucks. Later on many of us sacrifice all the accumulated wealth in therapy and medical bills to undo damages due to stress, eating disorders, neglect of relationships and health has caused.

Everybody gets only 24 hours but we stack our calenders so much that probably 48 hours day will still be less. Daily schedule of mine and many of my associates is filled with urgent things. Mentally we believe that there is a war going on and the entire world will crumble if we are not at the top of it. However is it true?
Our companies/enterprise have existed/flourished long before we joined them and will continue to survive even after us. No matter how critical we think we are at workplace, rarely a person is missed for more than five minutes after they quit. It might sound pessimistic, but compare your importance at workplace to your importance in your family.
Taking care of your family, taking time off to help your kids grow and your family ties deepen is important. However since these are rarely critical, we tend to procrastinate and defer it to a later time. How many times have you heard “After this deal/ after this meeting/seminar I will have all the time in the world” but there is always a deadline to be met, a crisis to be resolved.
We often cope up with stress and long working hours by snacks at odd times, comfort food laden with salt/fat/sugar etc. We skip our exercises, yoga for a free day knowing that such a day might never come. Then one day we realize that we are incorrigibly out of shape and suffering from a chronic heart or diabetic illness.
We often rationalize our neglect by saying were busy working and as the sole breadwinner we are making sacrifices for the family. However are these sacrifices for them or for us and our insatiable ego? When do we say that this is enough and we have sufficient money/earning capacity? Unfortunately it is not us that pays the price of our greed. 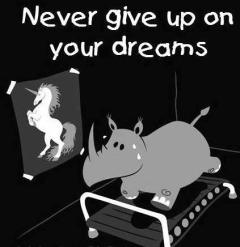 Most families grow stronger after an economic hardship in fact excess wealth only spoils them. You might be working two shifts to support your kids, but kids rarely remember a parent who was never around. I am yet to meet a spouse that would prefer a pair of Gucci shoes over spending an evening with their partner doing nothing. Then why do we sacrifice everything that we hold dear pursing wealth and professional accolades. There needs to be a balance.
God designed us in a way that our health and relationships with family/kids can take in a lot of neglect without crumbling, but do you want to test their limits? Make amends and act before it is too late.

Many many years ago when I was twenty three,
I got married to a widow who was pretty as could be.

This widow had a grown-up daughter Who had hair of red.
My father fell in love with her, And soon the two were wed.

This made my dad my son-in-law And changed my very life.
My daughter was my mother, For she was my father’s wife.

To complicate the matters worse, Although it brought me joy.
I soon became the father Of a bouncing baby boy.

My little baby then became A brother-in-law to dad.
And so became my uncle, Though it made me very sad.

For if he was my uncle, Then that also made him brother
To the widow’s grown-up daughter Who, of course, was my step-mother.

Father’s wife then had a son, Who kept them on the run.
And he became my grandson, For he was my daughter’s son.

My wife is now my mother’s mother And it makes me blue.
Because, although she is my wife, She’s my grandma too.

If my wife is my grandmother, Then I am her grandchild.
And every time I think of it, It simply drives me wild.

For now I have become The strangest case you ever saw.
As the husband of my grandmother, I am my own grandpa!!!