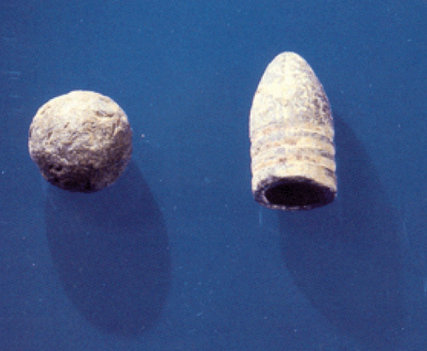 I held a very traditional view of human ethics and values. I believed:

Throughout history human life did not have any value. The armies and neighboring tribes used to raid, pillage and ransack anybody who could be subdued and without any repercussions. Capturing the weak and exploitation of slaves was rampant. Even the church used to glorify it by labeling it with “White Man’s burden” or “Holy Crusade”. Great Saga on conquests and battles were written with gory details on the pain, suffering and carnage these resulted in.
All these indicate the value of a human life that was not a kin was little (if not zero). However today when education has helped people identify & relate to others. Also the macho charm associated with killing has vanished because swords & horseback charges have replaced themselves with much easier to operate guns, ammo and explosives.

However recently I was challenged and presented with a few facts that made me question these beliefs. The consensus was that causing suffering and taking human life was only a means to achieve the ambition of a few generals. The common soldier (irrespective of whether from the winning or the losing side) would prefer not to kill even at the cost of their own death.
Firstly, the famous story of unfired muskets of Gettysburg (American Civil war, 1863). Of the 27,000 muskets that were recovered, 24,000 were loaded. Considering that it took between 30-90 seconds for a trained soldier to load a musket and pull of trigger to fire it, the fact points that many soldiers was reluctant to shoot/kill. To discount the theory that soldiers were incapacitated before he had a chance to discharge, then one should remember that 12,000 were loaded multiple times and amongst them 6,000 were loaded between three to 10 times. There is one famous musket that was loaded 23 times indicating that the soldier had infinite time and no intention what so ever to fire.
Secondly, a famous book “Men against fire” by General S.L.A. Marshall highlights the fact that during world war 2 only 15-20% of the soldiers actually discharged their weapons. Maximum carnage was a result of an artillery fire or long distance shooting where the soldiers could not see their enemy.
Thirdly there has been no historian or military general who has not ridiculed the green soldiers. The civilians (as many would mock them as) were often compared with mannequins and props whose only purpose seem to be to boost the morale of the enemy through getting killed, desertion or fleeing the battlefield. In the Battle of Cannae 216BC, Rome had amazed the largest army it had. Not only they outnumbered Hannibal 2:1 but also was better fed, trained and had the home territory advantage. Yet Hannibal Barca’s battle hardened army managed to surround them and massacred 75,000 of the green Roman Army in a direct hand to hand combat, while taking minimal losses himself.
The point being that history is glorified and often exaggerated accounts of a few men with the intention to inspire the masses; rally the troop and create lasting memories/impression. Like Bollywood movies they need to be larger than life and might not be the true reflection of cruelty in the society at large.